This news release was originally published on Northrop Grumman's website.

Northrop Grumman has successfully manufactured and tested the first industry-built Very Lightweight Torpedo (VLWT) for the U.S. Navy. The prototype torpedo is based on the Pennsylvania State University Applied Research Laboratory’s (PSU-ARL) design that was distributed to defense industrial manufacturers in 2016. Northrop Grumman, which independently funded the research and development, will offer the design-for-affordability improvements to this VLWT as Northrop Grumman’s response for the Navy’s Compact Rapid Attack Weapon program. 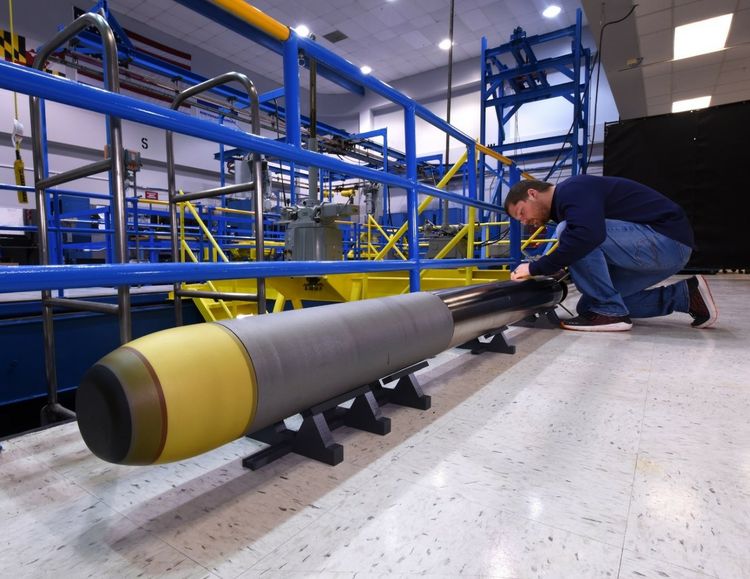 Northrop Grumman‘s torpedo design and production legacy reaches back over 80 years to World War II through its Westinghouse acquisition. In 1943, Westinghouse won the Navy contract to reverse engineer a captured German electric torpedo and in 12 months began producing the MK18 electric torpedo, which turned the tide of the undersea warfare in the Pacific. Northrop Grumman has been at the forefront of torpedo design and production ever since, to include the current MK48 Common Broadband Advanced Sonar System (CBASS) heavyweight torpedo and MK50 Lightweight Torpedo.

Today, Northrop Grumman is the only company in full rate production of MK54 and MK48 torpedo nose arrays and has delivered over 600 MK54 arrays and over 70 MK48 arrays to the U.S. Navy.

Applying its engineering and manufacturing expertise, Northrop Grumman improved upon the VLWT baseline design to replace high-cost components and drive overall affordability, reproducibility and reliability. Those altered sections were built and tested using PSU-ARL’s own test equipment for confidence.