This news release was originally published on Northrop Grumman's website. 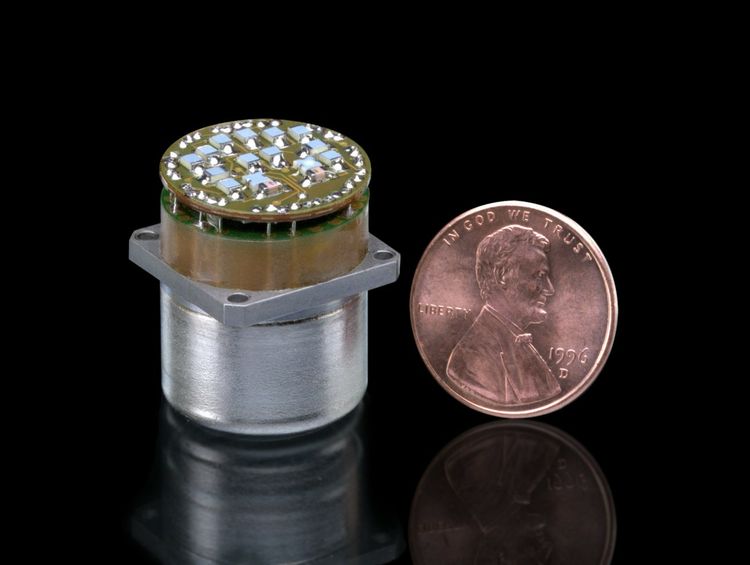 “This milestone is a confirmation of the consistently reliable performance that the G-2000 offers for customers seeking high accuracy for a variety of missions,” said Brandon White, vice president, navigation and positioning systems, Northrop Grumman. “With its small form factor, the G-2000 provides a truly versatile solution for guiding and stabilization at a low cost.”

About the width of a penny, the G-2000 is the smallest dynamically-tuned gyroscope produced, and offers high performance, small size and exceptional reliability. Known for its accuracy, it is enhanced by a servo-electronics card that maximizes its performance and has been in production since 1992.

The G-2000 two-axis gyroscope offers a mean time between failure (MTBF) of more than 100,000 hours, an equivalent of more than 4,000 days. It can withstand high vibration and high shock environments of up 750g, a key capability not available with fiber-optic or micro-electro-mechanical gyroscopes.

Domestic and international customers have used the G-2000 on missiles, including the Patriot Advanced Capability-3, Harpoon and AIM-120 Advanced Medium-Range Air-to-Air Missiles as well as numerous others applications.  For example, the G-2000 guided the drill that rescuers used to save the 33 Chilean miners trapped in an underground mine in 2010.

Northrop Grumman solves the toughest problems in space, aeronautics, defense and cyberspace to meet the ever evolving needs of our customers worldwide. Our 90,000 employees define possible every day using science, technology and engineering to create and deliver advanced systems, products and services.